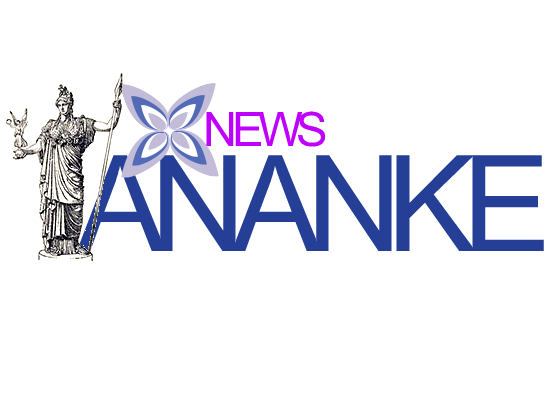 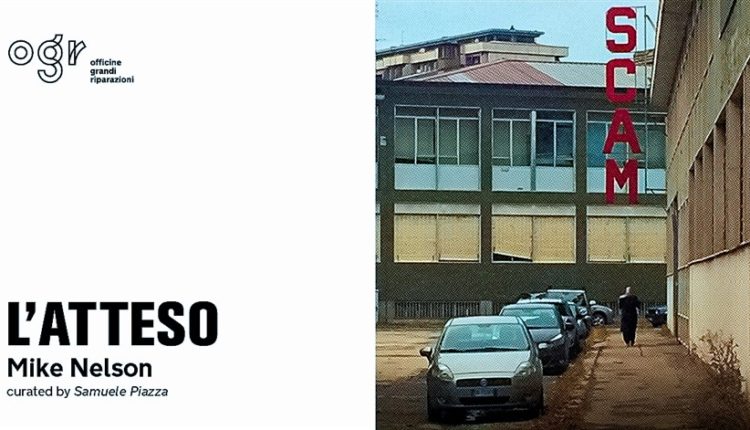 Redazione-From November 2, 2018 to February 3, 2019, the OGR – Officine Grandi Riparazioni of Turin will present “L’Atteso“, the first solo exhibition in an Italian institution of the English artist Mike Nelson, curated by Samuele Piazza. On November 2, ahead of the Night of Contemporary Arts, the OGR will host a free opening for the public from 7 PM to 10 PM.

Mike Nelson – who represented Great Britain at the 2011 Venice Biennale and was twice nominated for the Turner Prize – has created a new project, designed specifically for the spaces of the Officine Grandi Riparazioni.

Binario 1 appears to have been completely transformed into “another place” by a large-scale installation that takes up the entire hall with a powerful yet intimate intervention: the former industrial space is made unrecognizable, generating an alienating effect in which visitors are called to find their own personal path, to freely explore the different elements in search of the clues necessary to construct their own individual narrative. As the title suggests, a suspended and enigmatic atmosphere marks the installation, formed by a landscape that seems to come out of the images of a film and in which different memories and material layers create a narrative open to multiple readings. The themes of journey (both metaphorical and real) and transience emerge as a sort of fil rouge to this story that, set inside the OGR, which for over a century was a repair workshops for rail vehicles, finds a perfect setting to amplify the sense of a work deliberately left without predefined keys of interpretation.The first piece of the path is a small sculpture,Untitled(intimate sculpture for a public space)(2013), which welcomes the visitor in the foyer of the Officine Nord: a sleeping bag placed on theground, enclosed in a shrine, in memory of a friend and collaborator, Erlend Williamson, artist and passionate climber, who died more than twenty years ago while climbing in the Scottish Highlands.The sculpture, with its intimate and discreet presence, counterbalances the intervention visiblethrough the glass entrance ofBinario 1: the transparent threshold allows to see a heap of debris and rubble, a pile of dirt pressing up against the glass wall. Transformed into a vitrine, the new installation resonates with the first work.An enormous wooden structure, similar to a scaffolding, at first visible only from the back entrance,leads into the space. The sculpture looks like a large billboard or the screen of a drive-in: once beyond it, visitors find themselves inside a dimly lit environment where, amid pressed rubble, are about twenty parked cars, covered with dust and in a state of complete abandonment. It is not clear why the cars are in that state, but several objects, memories of their previous (real or imaginary) owners carrying traces of the past, can still be found on the car seats. Only a few light sources guide the exploration of visitors, called to interact with the elements of this complex installation, immersed in a spatial and temporal suspension that makes existential contoursundefined, even before blurring the visual ones.Mike Nelson’s intervention at the OGR mixes into a new work different sources. Various suggestions expand in a continued game of references: the pile of debris forming the floor on which visitors are walking recalls Land Art interventions and happenings like theEarth Room of Walter De Maria, yet here the ground of the installation is transformed into a dirt parking lot, in which the remains of old buildings, fragments of tiles or waste materials are clearly visible. Different temporalities seem to collide within the installation: a recent past and an almost archaeological dimension (or maybe a near future?), join to form a dystopian present: cars, that can still be found on today’s streets, are combined with the idea of precariousness that the rubble conveys, the ambiguity between a recent demolition, an in-progress apocalypse and a potential reconstruction. Once again Nelson radically transforms the site in dialogue with the existing structure, creating an atmosphere of expectation and suspension – which recalls great masters of cinema such as Michelangelo Antonioni and Dario Argento, or artists like Ed Kienholz, all sourcesof inspiration for Nelson’s new work – creating a physical and emotional limbo filled with charm andcomplexity. The idea of transformation, cornerstone of OGR’s programming, thus materializes in a narrativestructure that emerges from the architectural changes in relation to the history of the building, whilethe objects, carefully selected by the artist and transformed into sculptures, create an articulated

stratification of meaning and a path with multiple levels of reading, from a dreamlike journey to science fiction.
TORINO’S NEW OGR
FROM A FORMER TRAIN WORKSHOP TO A SPACE FOR ARTISTIC AND
TECHNOLOGY RESEARCH IN THE HEART OF THE CITY
The OGR – Officine Grandi Riparazioni of Turin, is a new centre for cultural production and interdisciplinary experimentation of over 35,000 square metres, entirely redeveloped by the CRT Foundation and inaugurated on 30 September last year. The Turin OGR have the ambition to bring together three souls – art in all its forms, scientific, technological and industrial research, food & beverage – in connection with talent, best practices and international excellence. In 2013, the CRT Foundation purchased the area in a state of decay and redeveloped it: the largest direct investment on a single project, as well as one of the greatest examples of venture philanthropy in Europe today. After 1,000 days of work, the former train workshops were reborn as workshops of ideas, creativity and innovation: world-famous artists, including William Kentridge, Arturo Herrera, The Chemical Brothers and Giorgio Moroder, contributed to the free opening party – the Big Bang – which lasted two weeks. The 2017 programme continued, involving artists such as Liam Gillick, Wolfgang Tillmans& Powell, Kraftwerk, Kamasi Washington, Noa, Ezio Bosso, Vinicio Capossela, Paolo Fresu, Dervisci Rotanti di Siria and others in various collaborations. The year 2018 saw the participation of important names in contemporary art such as Tino Sehgal, Susan Hiller, Rokni Haerizadeh, Ramin Haerizadeh, Hesam Ramanian, Mike Nelson and great names in international music such as Blonde Redhead, John Cale, Arto Lindsay, New Order, Yann Tiersen, Michael Nyman. Tony Allen & Jeff Mills, Amadou & Mariam and Bombino, or like the Baustelle, who were the protagonists of the concert celebrating the first birthday of the Officine Grandi Riparazioni, gone sold-out in a few hours. The performances of artists of this caliber, together with projects such as OGR SoundSystem, the collaboration with the Turin Jazz Festival and the International Book Fair of Turin, qualify the OGR as a real center of experimentation among the most productive and dynamic in Europe.